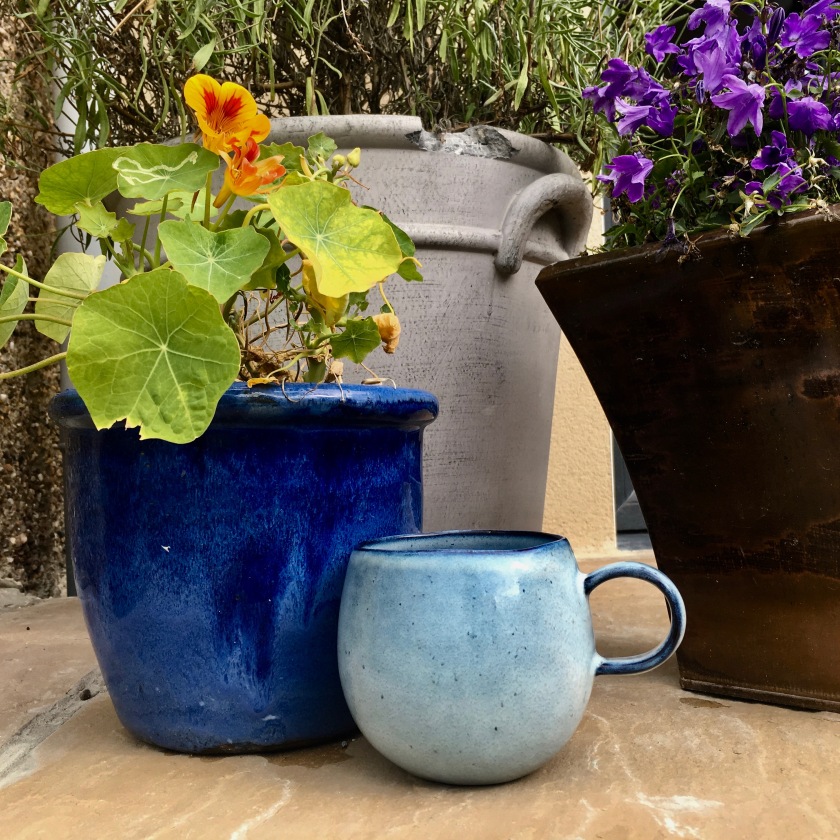 Combine science with a down-home accent, first class storytelling and an appetite for progress and I’m more invested than a Tory parent at an Oxbridge open day.  Professor Brene’ Brown has captivated me in recent years with her research and analysis of human experience and how we might use it better for health, relationships and global good.  Needless to say I’ve got her new book and will be spending a significant portion of the future with my face in it, smiling and no doubt squirming about what I need to change. 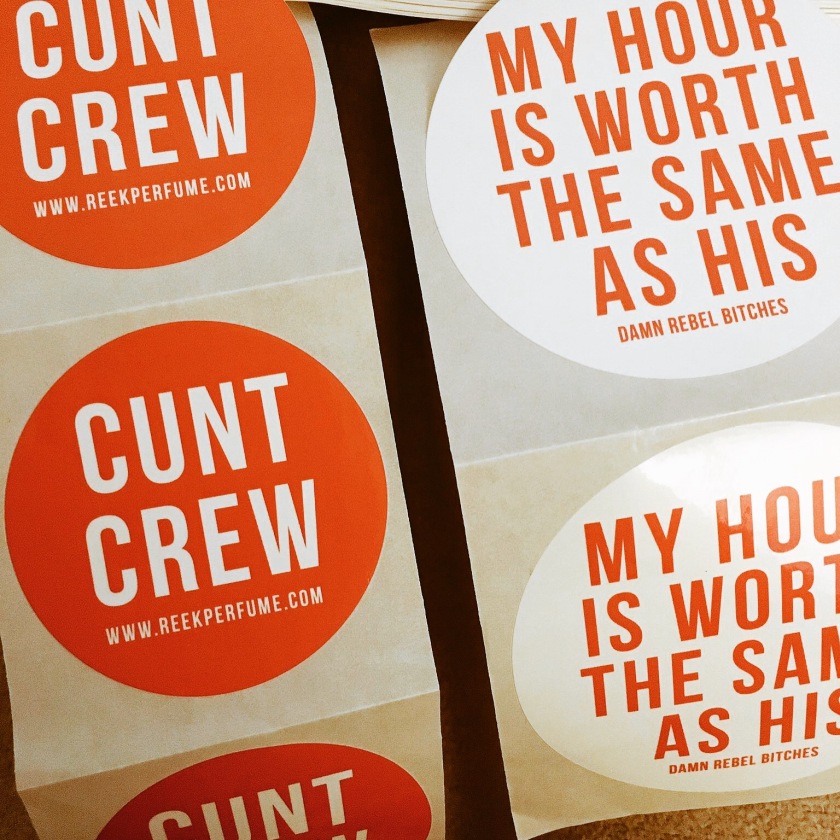 I’m proud to be a Dangerous Woman.

My piece, entitled The Business of Incantations is here.

In this year of turning to salute and wink at my forties as the fresh new chapter, I’ve been telling you about all the metaphysical things I’ve cleared and neglecting to tell you about all the literal stuff that’s been leaving the bodily grasp, too.

So, in order of colossal effort to nae bother, this year I/we have;

When I see it like that it doesn’t look like enough but alongside normal life it has felt like being in the domestic trenches, at times.

In getting rid of material schizz I have realised – with an often fascinated, semi-detached cringe – a lot of the stuff I held onto was soaked with trauma.  Thinking back on that now – as recent as it is – I’m gobsmacked. What a thing to do.

Marie Kondo is right (and I’m going to swearily paraphrase here) – if you don’t hold something and feel joy, WHY the ever loving fuck are you keeping it?  In my case I think I’ve been hanging onto some things as evidence of my side of the story.  That realisation has lead me to really explore why I often live with a sense of waiting to be put on emotional trial.  It’s a weird burden  I see many women bear – this sense of being emotionally responsible for so much, absorbing shame and responsibility as if we were a mop and they were a spill, then never carefully freeing ourselves from the added weight.  I’m a firm believer that men and women are not very different creatures at all but I also follow that idea closely with acknowledgement of the social contexts of gender causing us to move through the world quite differently.  It’s not uncommon for us to place our feet, often unquestioningly,in the familiar prints of people who came before us and then to wonder how we got to destinations we’d have preferred to avoid.

The more I talk to friends the more stunned I am about what women in particular have gone through and are living with and surviving, often without expert support that would be justified a million times over, were case notes written up.  For all that’s good and joyful, we really should question where our ideas and the stuff in our homes comes from and whether we feel truly at ease and joyful holding any of them.

Two events which really feed #Clearing40 thoughts for me are emptying my Mum’s house after her death and, years later, working in a charity shop and processing other people’s old things.  Both experiences rammed home the reality that stuff is stuff – nothing more and nothing less.  We imbue all sorts of meaning into a thing and then there it is, in some stranger’s hands, cleansed of the past previously projected onto it.  What a gift.

We collect, I think, to document our journey or weight our value and we inadvertently give ourselves a lot of things to dust along the way.  As the time in front of me seems to move more quickly I repeatedly assess whether I want to be doing or dusting and, by fuck, I am so much more compelled to laughs, or the top of a mountain, or to sit and write than I am to get down and sweaty with the Dyson or feel guilty at the sight of an old rucksack and the myriad difficult memories it stirs.  I think that particularly for those of us who’ve lived through trauma, we need to make our homes an easy place to be – a place where we smile frequently and don’t reinforce things that drag our energy down.  In short, we need to maximise joy.  Because we deserve it too.  Everyone does. 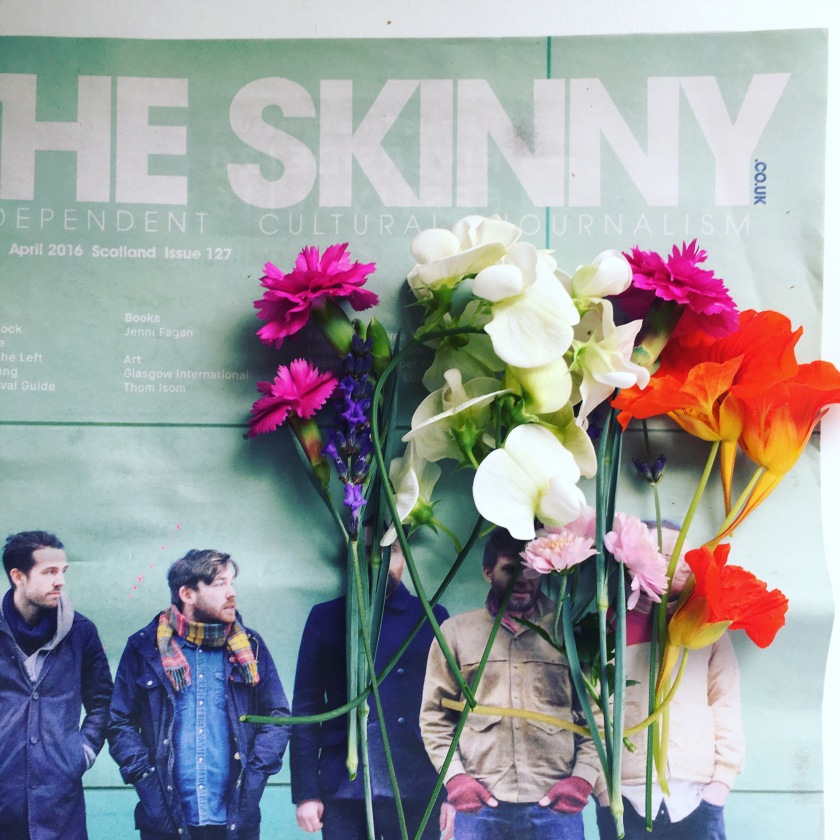 I totally understand why people who’ve retired are increasingly downsizing and ditching, swapping older houses for new builds with light, clean-lines furniture and one minimal ornament. I didn’t get it before.  I thought they were mad, these people hemorrhaging stuff and deciding radical things like their one good colander is more relevant than their 3 shitey ones.  Now, simpler living beckons me seductively closer each year. I get high on seeing space where once there was clutter.

My name is Heather and I’m a fixer.

Pretty much any broken thing will do but I particularly like to fix people.  I can get caught up for years in fixing someone before realising, fuck, I’m at it again; I’m down the rabbit hole of fixing someone because it’s part of my cycle of learned behaviour and my controlling streak which, goddammit you slacking bastards, wants RESULTS.  NOW.  SO DO AS I SAY, RIGHT?

Further, while I’m confessing anyway… (ten dysfunction bonus points inbound here) I’ve realised my ‘helping’ people has paralysed them inadvertently, because until we each identify our own bullshit and start joyfully dissecting it, every interaction we have is just enabling the pattern we like to knit with the yarn of our daily reality.  So, I’ve realised, when my helping gets too helpful it’s basically complicit in the very shit-show it was trying to undo.

I was reading some of my teen and early adulthood diaries yesterday.  My multiple commitments to fixing people jumped out at me and made me cringe for the paradox of the god complex mixed with the insecure neediness.  Then, the cringe deepened as I realised I WAS STILL AT IT.  That very morning I’d emailed a friend with a huge solution to a huge problem.  I guess the good thing is that now I truly know and can start to marry up the theory properly with the lived experience.  I bloody knew that box of diaries was calling me for a good reason…. There’s nothing like a good cringe in a cramped cupboard to drive a point home, after all.

I have to get better at meeting people’s problems with an ear and a question rather than a solution.  Listening, followed by, ‘what do you want to do about that?’ would be, I reckon, so much healthier than listening followed by, ‘what you should do is…..’.

I know myself that when I’ve had tough stuff to deal with I’ve craved someone giving me the answers.  I have even felt entitled to people delivering the answers to me, so convincing was my inner victim story telling.  I’ve asked people to tell me what’s in my blind spot to save me time and energy and hurt trying to work it out.  Better for the planet that way, right?  And the result?  I’ve never truly taken in what I didn’t learn for myself. Shit for the planet, actually.  The opposite of emotional fuel efficiency.  Twatfuel, if you will. Fully leaded.

I remember watching my Dad wallpapering a room when I was about 11.  Afterwards, I knew a little about wallpapering.  Years later, I attempted to wallpaper a room and it was an unmitigated disaster in which I almost stuck myself permanently to a dado rail.  Watching during learning is helpful, but it’s not enough.  How something looks and how something feels are two completely different things.  Wallpaper paste, it turns out, is  cold, soggy and slimy and makes different papers behave in different ways.  You have to get your hands in there to find that out.  It can’t be learned from lying on your single bed farting and alternating between watching your Dad and staring at your George Michael poster on the ceiling.

Someone who tries to teach without allowing the learner to really touch the experience is short circuiting too. They’re ensuring that their words and actions have resonance only in that moment rather than allowing them to time travel in a memory of tactile experience and how it changes our awareness.  That’s what I’ve been doing with my fixing – I’ve been providing solutions off the peg without getting my friends to try the clothes on before they buy.  I’ve been so intent on fixing that I’ve forgotten what I’ve learned: change and learning comes from within, so by all means help but for fuck’s sake, give someone the space to create and grow it for themselves beyond that, even if it’s infuriating to watch.  In fact, especially if it’s infuriating to watch. Hands. Off. Of. Over. Fixing. 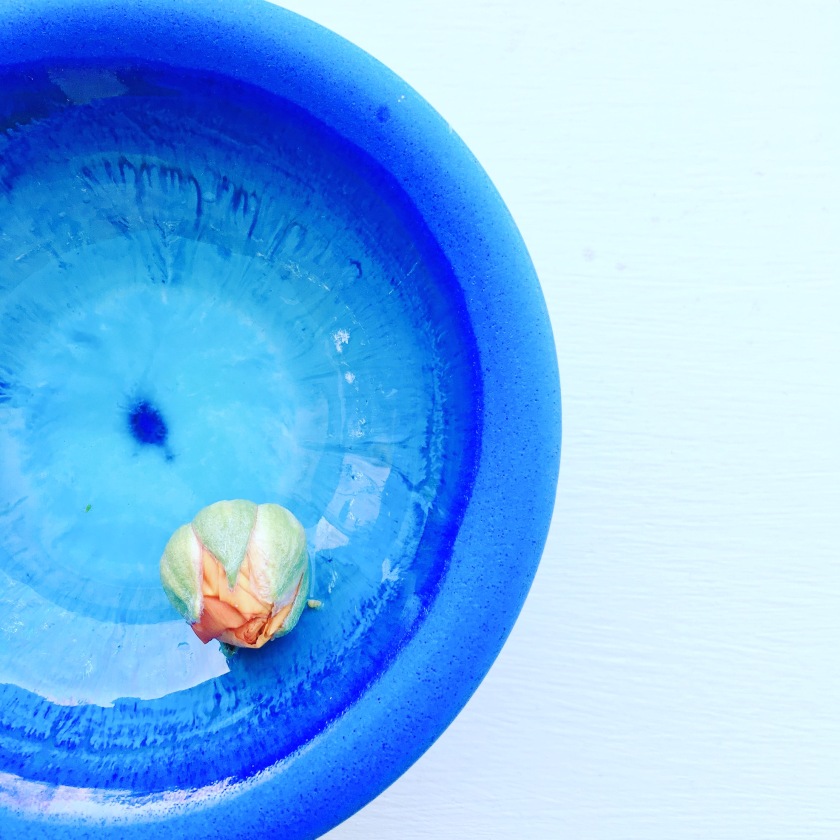 In the last year I’ve noticed how much negative space in art really speaks to me.  CreativeBloq.com describe it well here;

“Negative space is, quite simply, the space that surrounds an object in a image. Just as important as that object itself, negative space helps to define the boundaries of positive space and brings balance to a composition.”

I’ve been letting the concept of negative space slide in assuredly to my writing and also how I arrange things at home.  The effect has been one of realising that it’s often what is omitted or removed that really accelerates a story or mood.  Sometimes more is more, but, the older I get the more true it becomes for me that less is more; that if there’s no space left around something then that thing is by default constricted and limited.  I think the same is true of personal change.

I thought a lot recently about an argument I had with someone years ago.  We were both adamant we weren’t going to bend to each other’s will.  In the heat of the moments, no one gave ground.  Afterwards, with time and space airing out the thoughts, we both went on to make changes which conceded each other’s point pretty significantly.  Slowly, we were able to admit to each other that change had taken place and we’d both been right and wrong.  We hung on in there because the relationship meant a lot and we knew each other to be well intentioned, non game-players, despite really pissing each other off.  Negative space and time saved the day.  And learning.  Funny old world when you consider where positivity can grow from, isn’t it?

PS. If you spot me fixing anyone, tazer me. Ta. 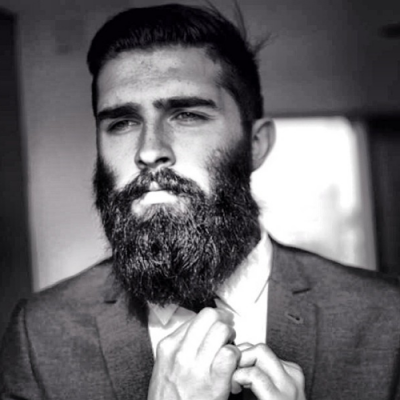 I’m well chuffed to have another story in Scottish Product magazine this month.  This time it’s about beards and breaking up and it’s getting quite a response on Twitter and Facebook.

The story is set in Rhu Cafe in beautiful Arisaig, looking over to Eigg on the Scottish west coast.  It’s 50:50 truth and fiction, so great fun to write. 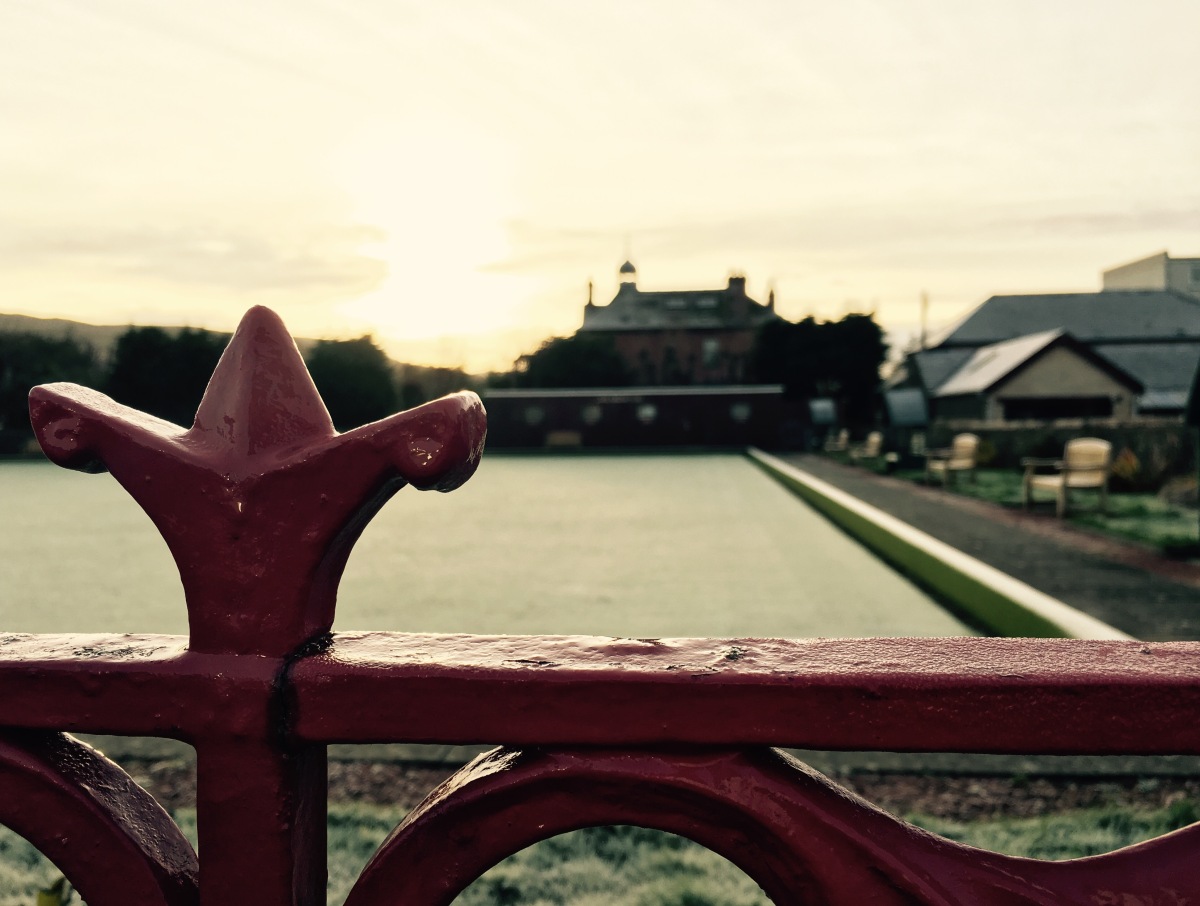 I think we all have a thing or two that we do which doesn’t serve us well, is easy for others to spot and yet rarely (if ever) bleeps on our own radar.

I spend regular time trying to see what’s in my blind spot.  When my mood is balanced and objective, with energy for the exertion of the mental trip, I dare to go there. 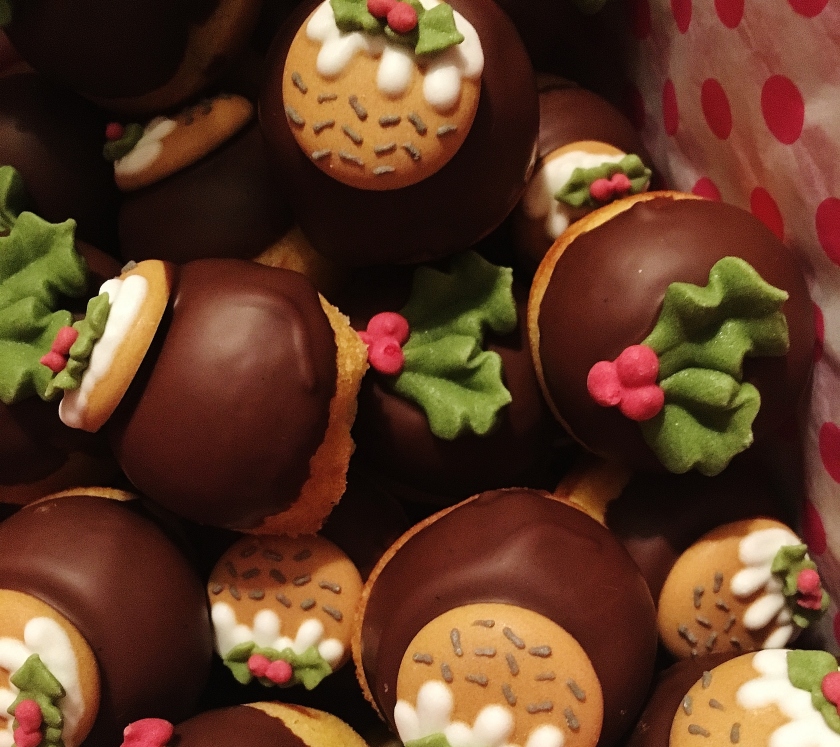 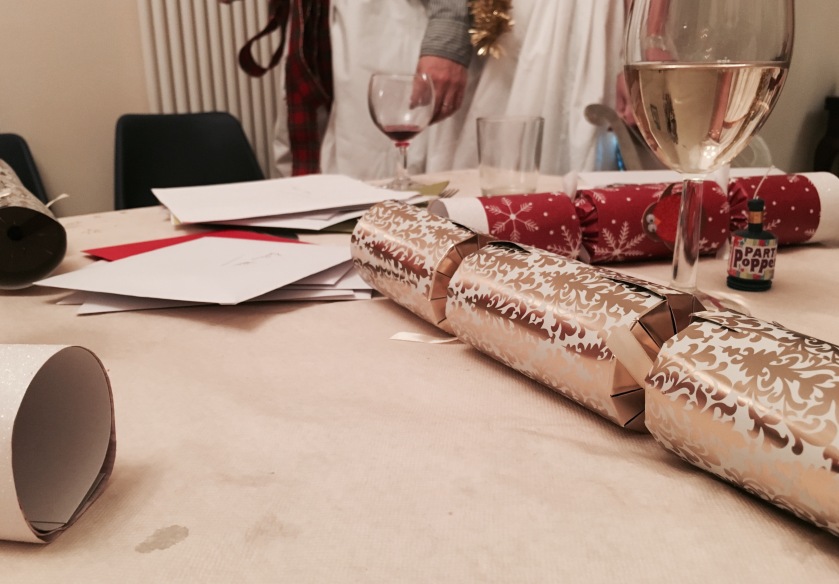 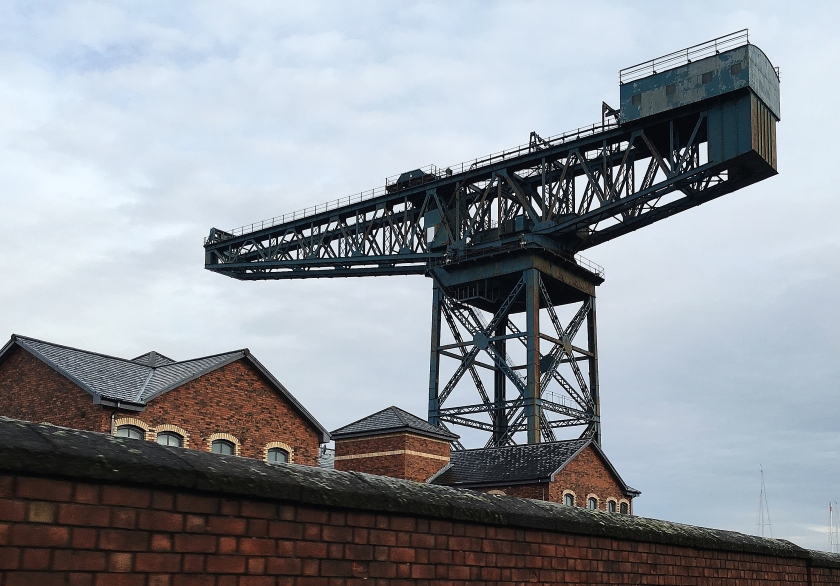 Sometimes, when we’d really like someone to change, we can be willing them on and unknowingly blocking them. 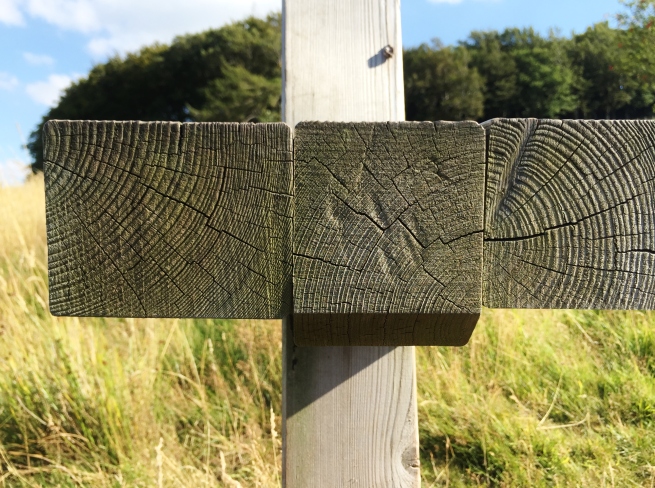 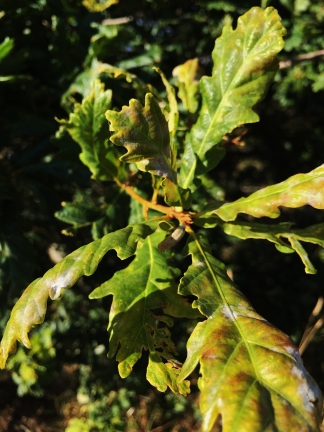 Anyone I’ve known who ever changed (including myself) did so because of a big shock; a lambasting, gargantuan shock of the hand grenade in the mind variety; the type that obliterates then rewrites whatever went before. 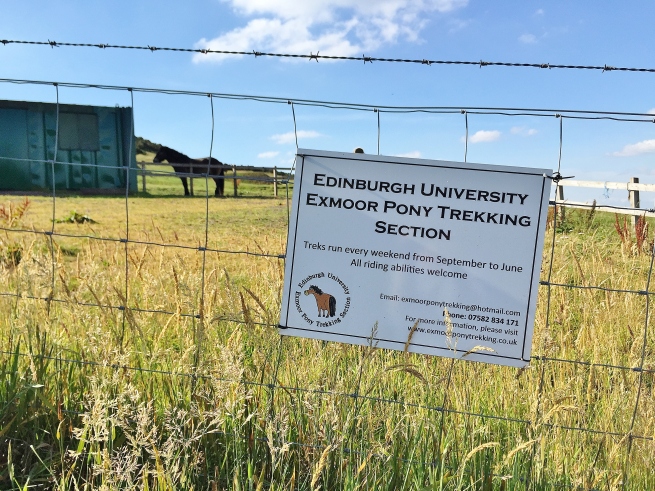 Willing someone to change isn’t enough.  Stepping out of a space to allow change to happen is, perhaps, a gesture of acceptance and hope.

And gently freeing yourself from the barbed wire is an act of love.